20 years since the first Intifada 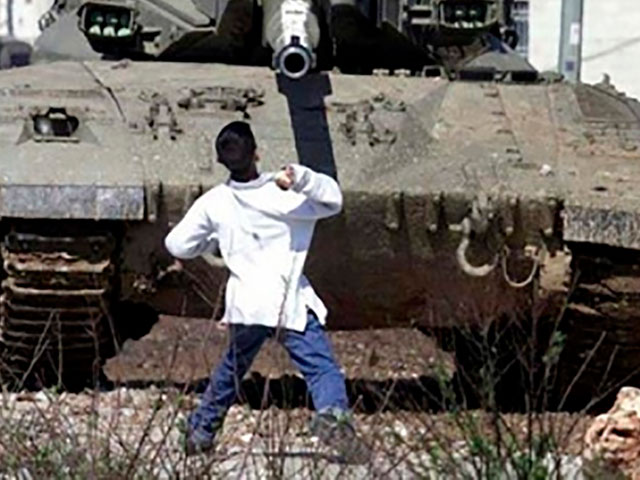 20 years have already passed since the First Intifada, Arabic word that means uprising or agitation.

The First Intifada began in 1987, a Palestinian civil society insurrection against Israeli occupation of the West Bank and Gaza territories that lead to a violent confrontation succession events among the occupied Palestinian people who initially fought with stones against the heavy machinery of the most powerful army of Middle East.

As always happens, in this case violence has produced an action-reaction answer circle since then, among both sides, which reached its lowest point in 1991, arriving finally to and end with the signing of Oslo Agreements (August 1993) and the creation of the National Palestinian Authority (ANP).

The main reasons of the Second Intifada were:

The failure of Oslo agreements simultaneously with Camp David and Taba negotiations.

The provoking visit of Ariel Sharon to the Dome of the Rock and the Mosque of Al-Aqsa in 2000.

The beginning of an extreme period of violence among both parties without any light of hope in horizon.

Consequences were evident: thousands of dead and wounded people in both sides, and deterioration of life conditions and security, especially for the Palestinian population.

At present time, the consequences of the intifadas are:

Broken Peace expectations in both populations and an open war between Fatah and Hamas.

An extreme and radical fundamentalism positions rising either in Israel or Palestine.

Several Israeli Governments, until now, have supported the settler movement and their settlement policies in the Palestinian land in different ways, included East Jerusalem.

A frozen negotiation scenery during the last seven years.

With this sceptical panorama and so little margin for hope, the peace conversations were renewed on November 26th in the Annapolis Conference (Maryland), with poor expectations or almost negative ones, from part of the political actors as well as of the Israeli and Palestinian public opinion, but with a firm encouragement and support by International community.

Can anyone believe in a new Peace Conference for Middle East that has been supported by the worst President in the history of the US? What political credit must deserve someone who was direct responsible of the Iraq invasion, and who intentionally ignored the real dramatic circumstances during the last seven years, and is responsible of a deteriorated and extreme situation in the recent history of the Conflict.

The November 2008 United States elections are to close and polls show clear evidence: that Bush could be the looser. And this is, in fact, what forces the Bush Administration to do something about the forgotten Conflict at the end of his term.

In Middle East, Bush still has a chance to change his image of failure in Iraq and Afghanistan, becoming the mediator in the Israeli Palestinian Conflict, although his personal involvement meant three hours of his time. We have serious doubts about the American pressure policies to Israel in order to bring a substantial change, especially in settlement policies, according to the special relation that Israel has with the American Establishment.

Therefore and according to the influential Secretary of State, Condolezza Rice, Bush gathers 44 countries in Annapolis to achieve a bilateral Combined Declaration for a peaceful solution of the Palestinian-Israeli Conflict.

The Annapolis Conference Agreements were signed by Olmert, Abbas and G. Bush, with the exclusion of the rest of the invited representatives in order to:

Recover Peace Conversations suspended during seven years with a clear objective for the constitution of an Independent Palestinian State.

Promote the goal of two states solution: Israel and Palestine.

Reach an agreement before the end of 2008.

Immediate fulfilling of their respective compromises stated at the Road Map.

United States will be responsible for watching the signed deal and the whole process, as judging the fulfilment of the commitments assumed in the Road Map by both parties.

The commitment of fighting against terrorism and to look for a Peace based on bilateral negotiations.

One positive element of this statement we can obtain is: the objective of putting an end to the bloodshed and the confrontation of both populations and the creation of an Independent Palestinian State. This document implies to introduce the three fundamental topics: Jerusalem, Refugees and Borders in the next negotiations, that Israel hasn’t assume till now.

If these conditions wouldn’t be fulfilled, the Combined Declaration of intentions would be invalidated.

But the situation needs a second comment: The exclusion of the great absentees to whom we must pay attention: Hamas, the Civil organizations of Palestine and Palestinian Diaspora.

It is true that Hamas took by violent means the Gaza Strip (a fact that this Platform rejects categorically), and so it is true that once this organization won the democratic elections in Palestine; Fatah, Israel and the International Community assumed a permanent boycott attitude by blocking them at all levels.

Palestinian life conditions in Gaza Strip have been deteriorated, which provokes a diary followers rising of fundamentalism.

It’s interesting to highlight that Mahmud Abbas was not willing to sign the declaration of Annapolis and when he did it, it was under pressure, achieving just smaller amendments in the final document.

The answer to Annapolis in the Palestinian streets was quick enough to show demonstrations against it in the main cities of Gaza and the West Bank, that were put down violently in the region governed by Fatah.

Once again USA has showed its one-sided ideology, since the Bush Administration seeks to be the only guarantor and supervisor, in order to reach a satisfactory end. The rest of the members, the Quartet of Madrid (Russia, EU, and UN) and the Arab countries of the area have had a poor roll, at least until now.

By means of this procedure, the Multilateral Policies in the Conflict are destroyed and don’t exist at all. In this way the Saudi Initiative of Peace of The Mecca in 2007, subscribed by the Arab League, was ignored.

Meanwhile, the EU is again excluded without any claim, as a demonstration of its weakness leadership when needs facing the United States power.

The consequences for the region, in case of Annapolis failure, would end in new confrontations that will lead again to the suffering of both populations in an indefinite way.

If it happens, the extreme positions and the settlers’ movement would become stronger and more radical. The settlers’ movement along with the army would govern Israel, even if the electoral calendar is completed by democratic parties and the effective current Parliament rules still, with a mosaic of them.

different forums in order to answer to the politicians that it is almost impossible to achieve peace while Israeli raids continue in Gaza and the new settlement in Palestine are the tone. Hypocrisy, cynicism and denial of reality are not the best tools to achieve peace. If this situation is reached, the International boycott to Israel policies of occupation and Apartheid wouldn’t be rare, but on the contrary it would be increased and won’t only affect academic and university people, professors and politicians but also those Israelis who wish to travel outside the frontiers. This boycott would affect each Israeli citizen that want to leave the country as tourists, and could also extend to all the areas, the commercial products, the economic transactions and the international flights, for example.

As a consequence, the extreme positions in the Israeli population will be strength.

Four weeks have passed since Annapolis Conference, and we think that it isn’t working in the way it had to be, because there’s no real stop for violence while the inexcusable raids of Israel in Gaza Strip where more than 50 people were killed and dozens were wounded since November 27th up to present day. Nevertheless, we still support and claim for the recover of the Peace Process that has been subscribed in Annapolis.

48 hours after the signing of the Annapolis Commitment to solve the Conflict before the end of 2008, Israel dissociates from the commitment and blocks the resolution for Peace and the negotiation proposed by USA in the UN Security Council. This fact dissipates the credibility of the Conference.

Along with these positions, the Olmert allies in the Israeli Government establish, direct or indirectly, “endless negotiations” with Palestinians, whose conditions are impossible to carry out by the ANP.

The first meeting carried out in Jerusalem between the Palestinian and the Israeli delegations, with the intention of approaching the fundamental points of the conflict (Jerusalem, borders, Refugees and water), began with the Palestinian claim of the need of stopping the plan of building 307 new houses in Har Homa. Decision took by Olmert and its executive ignoring the decision of including East Jerusalem in the negotiations, even though it is a main topic in the Conflict.

The answer to this Palestinian protest was to launch handmade rockets into Gaza borders, where Abbas doesn’t have any jurisdiction.

Related to it, we can affirm that the new proposals of Israeli government, to build new housing in East Jerusalem (Atarot and Maale Adumin), jeopardizes the Peace Process. The official argues of the Israel government is: “those settlements belong to the Town Council of Jerusalem, therefore we don’t consider them as occupied territories, but a part of Israel”.

The next meetings between Abbas and Olmert will be decisive.

The Donors conference that took place in Paris in December 17th as the 2nd step of Annapolis conference, has been supported by 90 countries, and has obtained a significant monetary result of 7 billons of euros for the Palestine National Authority in order to create the basic infrastructures for the future Palestine State. We know that this economical aid for the present situation is crucial, but we also believe that political measures are more important than any other.

Israel is more responsible than Palestine, for what happens and will happen, in the negotiations and in the political practices in the region, because it is the occupant and the Palestinian people is the occupied.

Israel has a powerful economy and army. Besides it has a per capita income 15 to 20 times higher than the Palestinians.

The Palestinian people don’t have a State. Desperation, hunger and poverty grow every day, the lack of expectations and violence increases everywhere and religion and fundamentalism take advantage of it.

The most radical Hamas sectors are trying to boycott any negotiation on Fatah sector. The recent kidnapping of the ANP Government political adviser, who is very critical with Hamas, shows it as an example, although recently this organization asked for a truce to the Israel Government that was denied immediately.

Considering the serious situation and the political context, we should wonder:

-Does Israel have any responsibility in the current situation worsening?

-Is the approval for the new housing in the settlements a deliberated trap to turn down Annapolis Conference?

-Do Hamas and the radical Islamist sectors have any responsibility in the current situation worsening?

-Can Olmert carry out what he has signed in Annapolis?

-Does the Civil Society in Israel and Palestine can influence really on political decisions?

-Or is the Israeli army who decides about military actions without counting on the democratic will of people?

-Shall Hamas impose kidnapping actions in order to make political propaganda for the liberation of its people?

-Is the army action used by Israel as the only possible way in order to protect Israeli people from what is considered the enemy? 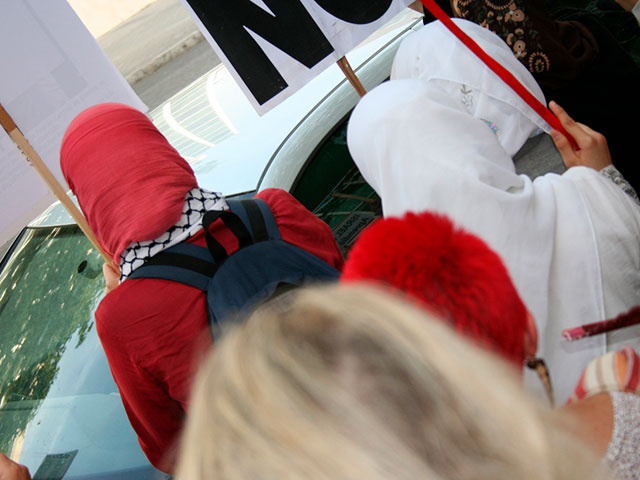 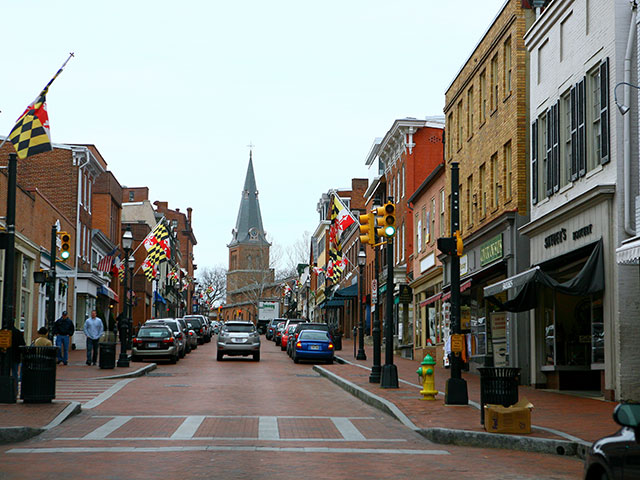 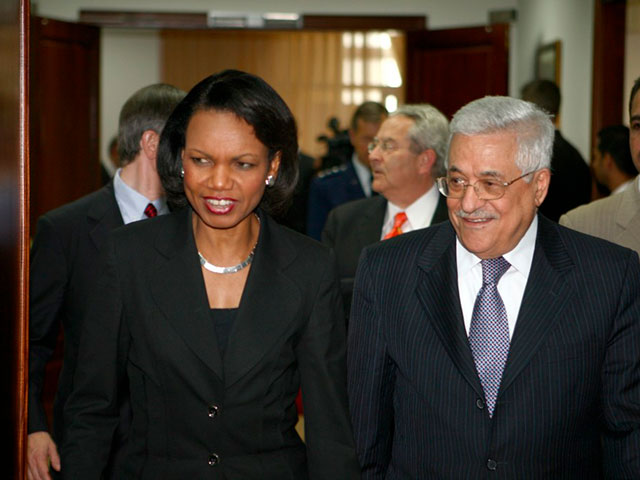 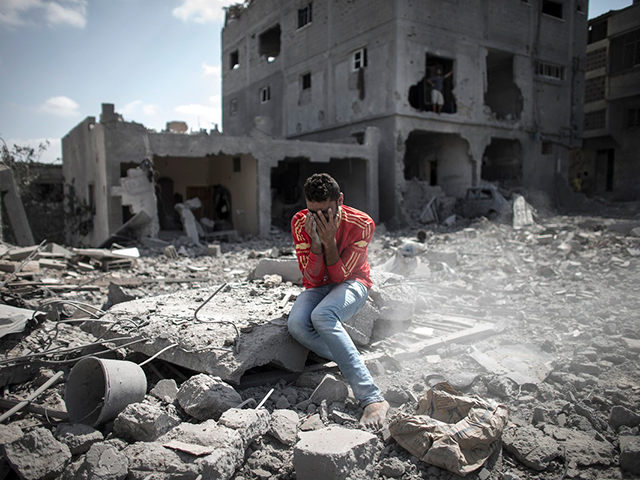